Who Is The Senior Living Resident? 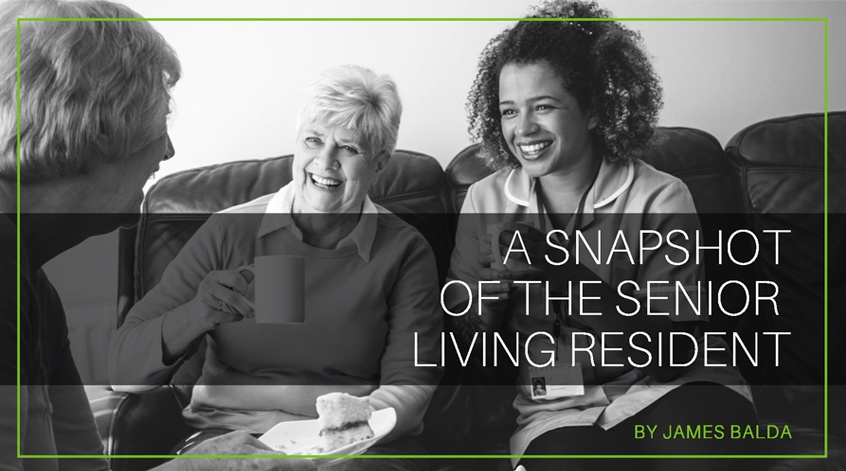 Creating an optimum environment for residents and staff is easier to implement with a clear picture of what defines a senior living resident and trending issues within the aging population. According to the Department of Health and Human Services, the number of people using long-term care settings is expected to jump from 15 million in 2000 to 27 million in 2050—in large part due to the expanding population of older adults. Across our industry, leaders continue to look for ways to improve quality of life for residents while making operations more efficient as they prepare for this wave of aging Americans.

To address that, Argentum compiled national and state snapshots of senior living residents residing in communities throughout the country by turning to resources published by the Centers for Disease Control and Prevention and the U.S. Census Bureau*. The accompanying graphic shows national trends in age, race, and types of assistance needed, from data collected by the CDC in 2012 and 2014. 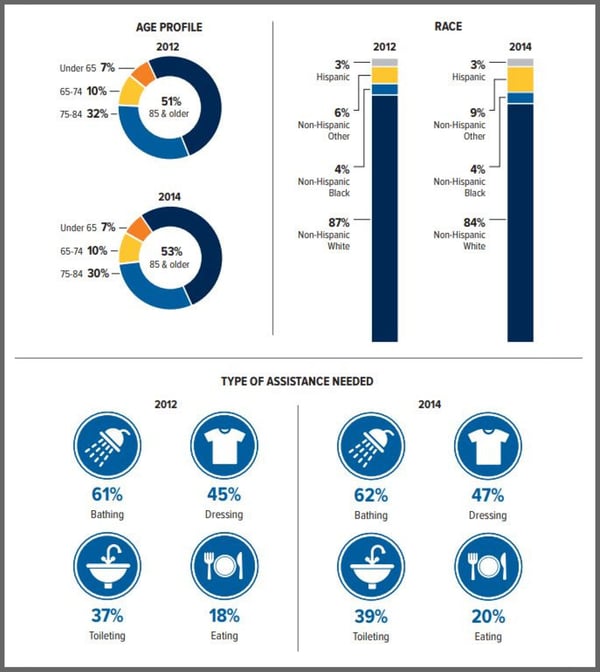 Nationally, a comparison of the 2012 data to the most recent 2014 report shows more senior living residents in 2014 are 85 and older, confirming what many senior living leaders have been observing—there’s an increase in the number of older residents calling senior living home.

The data also shows a slight change in race and ethnicity among senior living residents from 2012 to 2014. During that time, there’s been an increase in the “other” category and a decrease in non-Hispanic white residents. A look at trends in the number of residents who need assistance with ADLs shows an increase in needs from 2012 to 2014, with more residents needing help with bathing, dressing, toileting, and eating. Along with types of assistance needed, the data also showed frequencies of specific diagnoses and adverse events at the state level.

We encourage you to download Argentum’s complimentary white paper that includes more details, as well as state snapshots for Florida and Texas.

A full report including data from all 50 states is available to Argentum members via Argentum Quarterly Issue 4 2017 available for download at argentum.org/aq.

We hope this information helps you optimize your business operations for the residents you serve.

James Balda is a guest author for OnShift’s blog and the President and CEO of Argentum, the largest national association exclusively dedicated to senior living communities and the seniors and families they serve.

View all posts by James Balda