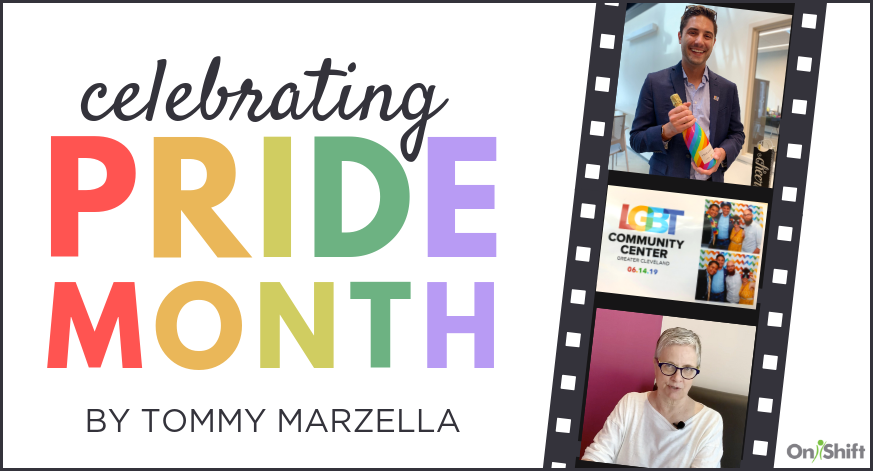 This year’s pride month is a particularly special one, as it marks the 50th anniversary of the Stonewall Uprising, where, in June of 1969, police raided the Stonewall Inn, a gay club in New York City’s Greenwich Village. The raid lead to six days of riots and protests and is credited as sparking the gay rights movement.

Looking back, I am so thrilled by how far we have come – especially in the senior care industry.

With experts predicting that 4.7 million LGBTQ elders will be seeking care and services by the year 2030, creating LGBT-friendly communities is critical. And I’m confident we can get there. Just look at some of the milestones we’ve seen and what organizations and associations are doing to create accepting and supportive environments in just the past few years.

I can’t talk about the fight for gay rights without first mentioning SAGE. Founded in 1978, SAGE has tirelessly advocated for LGBT seniors in an effort to help them age with respect and dignity. They offer loads of educational resources and work with senior care organizations and industry associations to provide LGBT cultural competency training.

Earlier this year, SAGE and the Human Rights Campaign Foundation (HRC) announced plans to launch the first-ever nationwide tool to assess how well senior care organizations treat LGBTQ residents in 2021. The voluntary Long-Term Care Equality Index is with the result of a collaboration between SAGE and HRC that aims to raise awareness about the group’s specific needs.

In 2018, Massachusetts passed legislation that requires assisted living community workers and other state-funded or licensed providers of services to older adults to undergo training to prevent discrimination based on sexual orientation and gender identity. California passed a similar law, or as they call it, an LGBT “Bill of Rights” in 2017.

In 2016, New Jersey-based Green Hill became the first senior living community to complete SAGECare cultural competency training for LGBT care, earning Platinum Certification and Innovator Status. Today, Green Hill requires all new staff to complete the program. Additionally they have been host to the LGBT Senior Housing and Care Roundtable event in 2017 and the LGBT Senior Housing and Care Expo in 2018.

Also in 2016, the New Jewish Home in New York City sponsored what may be the first-ever nursing home float in the city’s annual Gay Pride Parade. Residents and staff participated, and others came out to cheer them on and join in the fun. The participation in the parade followed two years of work with SAGECare – where they trained more than 500 employees and their leadership team.

And finally, long-term care and senior living associations like LeadingAge, Argentum and AHCA/NCAL are huge advocates for LGBT inclusivity – from holding educational sessions and workshops at conferences to hosting webinars and diligently covering the amazing things communities are doing to support LGBT rights.

But the reason this year’s pride month is special for me hits closer to home. It just so happens to coincide with the opening of the brand new LGBT Community Center of Greater Cleveland, of which I am a board member. The mission of this center is to enrich the lives of the diverse LGBTQ+ community through advocacy, support, education and celebration—including seniors. And so, I sat down with the Center’s SAGE coordinator and asked her to share her favorite tips for creating an inclusive environment for LGBTQ seniors. Click below to hear what she had to say!