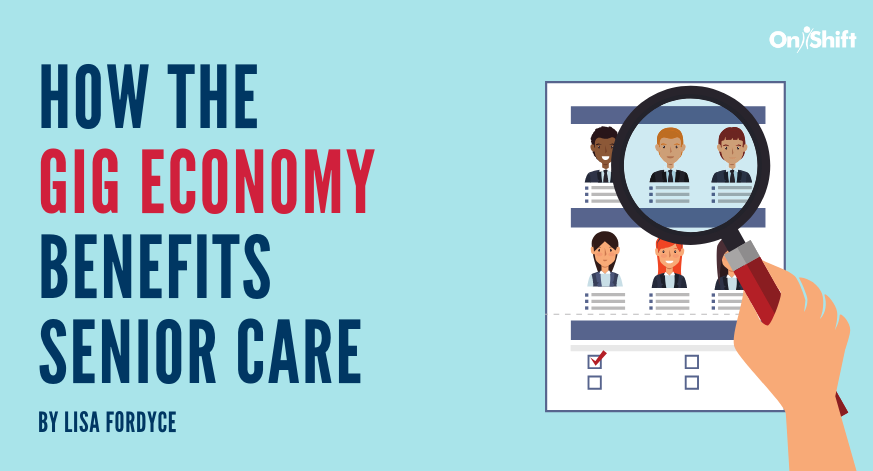 The senior care industry is in a tough spot. Providers are scrambling to fill the 43K+ open direct-care positions, all the while knowing they will need to recruit 1.2 million workers by 2030. All creative options are welcome at this point and that’s where the gig economy comes into play. Before I walk you through the strategies to implement at your community to tap into this growing pool of workers, let’s start with the basics and get to know the gig workforce.

What Is The Gig Economy & How Big Is It?

For those unfamiliar, the gig economy is the labor market that opts for short-term contracts, freelance work or side jobs as opposed to permanent jobs. Just think of your Uber drivers, Instacart shoppers and Airbnb hosts.

While the Bureau of Labor Statistics (BLS) is still struggling to capture the true size of the gig economy, it is estimated that 29% of all U.S. workers are “gig only” workers and that 39% of Americans contribute to the gig economy through primary or secondary jobs, according to Gallup’s The Gig Economy and Alternative Work Arrangements report.

In total, 57 million Americans are gig economy participants and this number is only expected to grow. By 2020, gig workers should account for 43% of the U.S. workforce and by 2025, it’s highly likely that the majority of workers will be employed in an agile capacity.

Who Is The Gig Worker?

The gig workforce spans three generations, all of which enter the gig economy for different reasons:

So, what benefits does the gig economy offer? One of biggest reasons is the flexibility that it offers. Technology today supports this kind of lifestyle – making it quick and easy to work as little or as much as possible – and most importantly when they want. Another key selling point for gig workers is the ability to earn cash instantly, rather than having to wait for the traditional bi-weekly paycheck.

What Does The Gig Economy Mean For Senior Care?

The idea of the gig economy might sound familiar and that’s because it’s most likely already happening at your community. Think of your part-time, per diem and agency workers – these folks are members of the gig economy.

This means that our industry has the potential to attract even more gig workers to fill open positions. Here are a few tips to help you successfully recruit and retain gig workers.

Boomers and students alike are looking to pick up gigs. Consider gig workers from all age groups for part-time and per diem positions and to fill various types of open positions: caregivers, dining staff, drivers, greeters, receptionists. My father just recently shared that one of his retired police officer friends got a job as a driver at the local senior living community. Just imagine the wealth of knowledge he brings to the community and the peace of mind he offers to the residents.

Spread the word about job openings at your community where gig workers go to find jobs. This means you must be promoting your openings on social media. Work with local universities and high schools to offer students part-time work while they’re in school and hopefully bring them on board long-term when they’ve completed their degrees.

To appeal to the gig workers, make sure your job descriptions reflect what the gig workers want. If you look at Uber’s job openings, they promote the ability to be your own boss and payment flexibility. Think about communicating any perks and practices at your community that resonate with gig workers.

Technology on the market today has eliminated many of the manual processes associated with recruiting. Take OnShift Text2Hire, which leverages AI to text candidates and schedule interviews. Just think about the mindset of the gig workers – they have multiple projects going on at any one time, so you have to be able to immediately cut through the clutter and grab their attention. Providers that have implemented our text-based recruiting software have been able to do just that and hire candidates 50% faster, schedule twice as many interviews and double the number of hires.

In your recruiting pitch, leverage schedule flexibility and the ability to work “non-traditional hours.” Additionally, make it easy for gig workers to manage their schedules. OnShift’s scheduling app gives employees 24/7 access to their schedules so they can pick up shifts, swap shifts and request time off from anywhere. Additionally, our auto-approve feature instantly approves their shift requests as long as they available, qualified and won’t incur overtime as a result. This offers instant gratification for them and helps you easily fill open shifts at your community. To further help you fill gaps in your schedule, add gig workers to your on-demand pool.

Instant access to their pay is extremely important to this group, many of whom are struggling financially. Most, if not all, of these workers’ other gigs are offering access to their earned income immediately after each shift, so you should be too. OnShift Wallet offers access to 50% of employees’ wages between paychecks to promote financial wellness. And, we recently launched the OnShift® Wallet Visa™ Pre-Paid Debit Card to give employees another way to collect their earned wages and a checking account to those that might not have one. Providers that use OnShift Wallet have seen up to a 46% increase in shift pick-ups since employees are incentivized by this instant access to their money.

I hope you can use these tips to tap into the gig workforce. Who knows, your awesome and welcoming culture just might inspire them to come on board as full-time employees.

Looking for other creative ways to attract and retain today's workers? Download the Big Book Of Perks In Senior Care.

Having started her career as a caregiver and expanding into operations leadership, Lisa has held senior executive operations positions at national senior housing organizations, leading overall business strategies and day-to-day operations to deliver quality resident care and services. She is one of the most widely recognized operations leaders in the senior living profession and is known for her ability to make an impact by emphasizing both business and quality care. Prior to joining OnShift, Lisa was Chief Operating Officer at Senior Lifestyle Corporation, leading the overall operational strategies. She has held operations management positions with Emeritus Senior Living and ARV Assisted Living and served as an Ohio Assisted Living Association Board Trustee. Lisa is also an avid volunteer, raising money for Lungevity - Breathe Deep Newark, working as a teacher volunteer for preschool and k-3 children, and participating in a Helping Hands program at her local church.

View all Posts by Lisa Fordyce 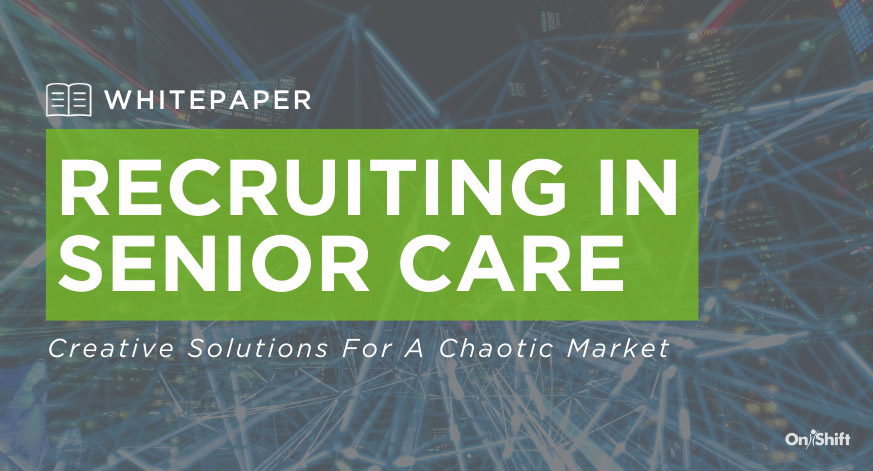 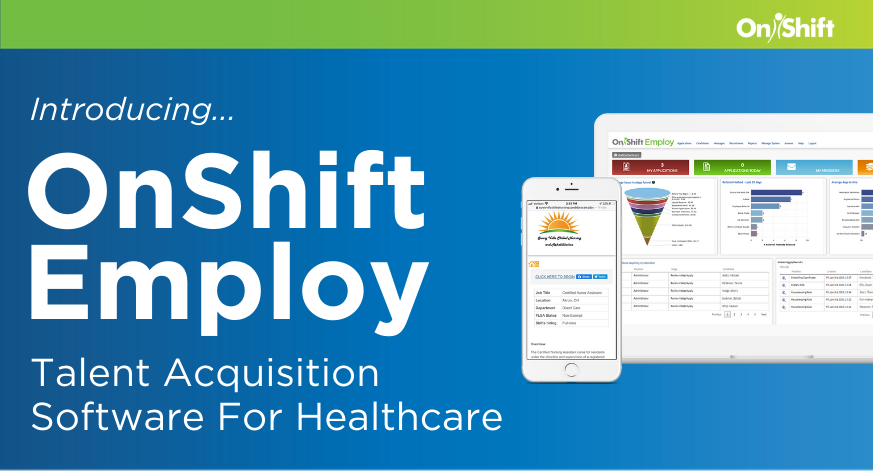